Home>TOEFL>How to avoid traps in the paraphrase question: TOEFL reading 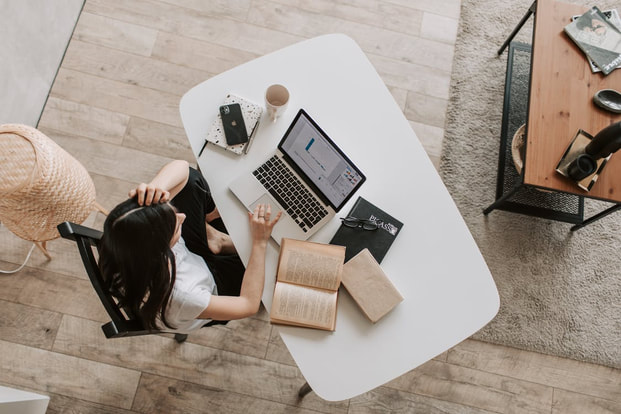 This blog will teach you how to avoid traps on the paraphrase question in the reading.
It is also called the sentence simplification question.

The paraphrase question is the one with a highlighted sentence in the reading.
It’s a complex sentence. You are looking for a simpler version of the sentence.
You need to:

Traps?  What are they?
​
TRAP #1: The answer choice ADDS a contrasting word that is not in the original.
Original: To the Greeks, it was important that everyone in the community have a relationship with each other and a voice in the political arena.
WRONG: The Greeks felt it was important that everyone in the area establish a relationship, although they could not necessarily participate in politics.

TRAP #2: If the answer choice has a CAUSE AND EFFECT that is not in the original, it’s a trap.
Original: Deer in Washington state eat a wide variety of food, and the most nutritious and plentiful food is found in open areas that have been subject to deforestation.
WRONG: Because deer find better food in deforested areas, they tend to live in Washington state where it is abundant.

TRAP #3: Answers that add information.
Original: Many species of birds eat a wide variety of food, from fruits and seeds to plankton, depending on their needs and the availability of certain foods.
WRONG: A great number of bird species eat many different foods, such as seeds and fruits, and have a preference for plankton if it is necessary and available.

Taiwan universities accelerate the development of bilingual education with EnglishScore

TRAP #4: False comparisons.  REMEMBER THIS IN THE WHOLE READING: If two things are not compared in the original text, do not choose an answer that makes a comparison.
Original: In the sixteenth century, spices were very valuable and merchants were willing to travel long, dangerous distances to acquire these assets in order to bring them back to Rome to sell or exchange for other goods.
WRONG: Spices had more value in the sixteenth century than many other goods and services, so merchants were willing to travel far in order to obtain them and take them to Rome for exchange.

TRAP #6:  When something happens is very important. If something happened in the past, eliminate choices that mention the future.
Original: John Wesson, a longtime game biologist, observed that in deforested areas deer had access to more and better food, which was also proven by studies of the density of the browse in these open areas.
WRONG: John Wesson, a game biologist, believes that more nutritious and better food for deer will be found in open areas and proven by studies.
— OR EVEN IF IT’S IN THE PRESENT TENSE BUT IMPLIES THAT IT’S A WISH / HOPE FOR THE FUTURE IT IS A TRAP!
WRONG: The game biologist John Wesson hopes to find more deforested areas that can serve as nutritious feeding grounds for deer with better food, and wants to conduct studies on this topic.

TRAP #7: The answer is missing very important information
Original: A key to the success of dogs and their proliferation on earth is that they are omnivores; in other words, dogs are willing to eat both meat and grain products, or even vegetables if they are very hungry, and can digest all of these materials.
WRONG: Dogs are willing and able to eat both meat and grains and even vegetables if they are desperate, and can digest all of them.
MISSING: THE PART ABOUT THEIR SUCCESS AND PROLIFERATION ON EARTH! This was important information in the original sentence.

BEWARE OF DATES AND EXAMPLES. These are often used to trap you.
Original: Salmon reached their highest point in 1840 in Vancouver’s rivers and streams where they went to spawn, and then experienced a sharp decline as more and more settlers moved into the area by 1890.
WRONG: In 1840, a lot of salmon migrated into the Vancouver area to both rivers and streams to spawn, but their numbers went down around 1890 because of the actions of the settlers.
NOTE: Nowhere in the original sentence does it say they MIGRATED into the area. However, ETS will use dates to draw your eyes to the wrong answer.

My full book about the reading section can be found here:
https://www.amazon.com/gp/product/B08742XGJS/ref=dbs_a_def_rwt_hsch_vapi_tkin_p1_i0​

Thanks for reading!  For information about tutoring with Kathy, you can email:
houseoftoefl@gmail.com

Taiwan universities accelerate the development of bilingual education with EnglishScore